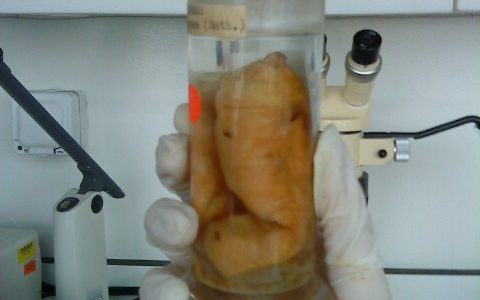 Did you know that Subterranean Formosan and Asian termites are not native to the Americas? It is speculated these termites came from Asia and were carried on ships with infested materials. Both species are very invasive and will eat their way through homes in no time at all. Although the Formosan Termite has already been dubbed the Super-Termite, there is actually a new species on the rise. It is truly the Super Termite and a mixture of two species.

How did it start?  There are only three places in the whole world where Formosan subterranean termites and Asian subterranean termites live in the same space. Oahu, Hawaii, the southern tip of Taiwan, and in South Florida. In a rare occurrence on March 20th and April 3rd, 2013 in Ft. Lauderdale Florida and for the first time on record, scientists who were monitoring both species witnessed them swarming simultaneously. In another lab study after the incident, they found that the Formosan females preferred the Asian termite male to mate with.

These species are the two most economically damaging species in the world. The hybrids have twice the growth rate and an increase in stamina and strength and exhibit a phenomenon known as “hybrid vigor” and are better suited to survive than either of its parent species. They can invade and destroy structures at an alarming rate.

Also, Perdue University estimates that termites cause about $40 billion of damage a year. That number will increase as this Super Termite makes its way across our continent. With what we know about the destructive path already created by Formosan subterranean termites this new species could hit our homes, and our wallets hard.

ABC News reporter, Lee Dye reveals that this new species is eating its way across the United States and once it is in your home it may be too late to do anything about it. Early detection is necessary. Dye also states, “ They need water. They can eat the seals out of high-pressure water lines to get at the moisture inside. And they can penetrate cement, brick, plastic and other materials to get to food and water.”

Termites cannot be controlled by “do it yourself” methods. It requires a trained certified termite control professional.

Photo Cover By Brutaldeluxe (Own work) [Public domain], via Wikimedia Commons https://upload.wikimedia.org/wikipedia/commons/8/8f/Termite_queen.jpg,  Preserved specimen of termite queen, showing extended abdomen. The rest of its body is the same size as that of a worker’s.