Five Reasons to Rid Your Home of Pigeons (Arizona)

Five Reasons To Rid Your Home Of Pigeons 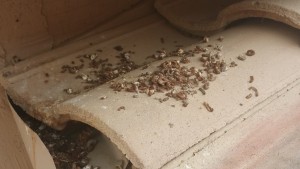 Pigeons are indiscriminate when it comes to where they poop. In fact, most of their nesting material consist of this vile material. It goes everywhere these flying rats go. Your house, car, and even your kids backyard play equipment. 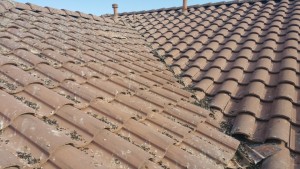 People may not realize the potential of property damage when it comes to pigeons. Pigeon droppings are capable of staining and eating away at stucco, paint, and even concrete. The uric acid, phosphate, nitrate, and other compounds found in the fecal material is what causes the damage. Because one pigeon can produce 25 lbs of poop per week, it can cause a lot of issues. One of the consequences in dealing with pigeon excrement is roof damage. Pigeon poop can pile up in the valleys and crevices of roofs, restricting water flow when it rains, causing water damage. Pigeon droppings can also eat away at your car’s finish, causing the paint to fade.

Pigeons and their droppings are capable of carrying more than sixty diseases. 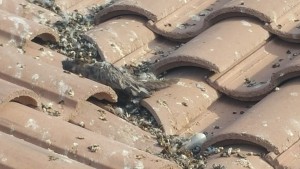 Although transmitted by mosquitoes, pigeons are one of the main carriers of Viral Encephalitis, better known as West Nile virus, Western Equine Encephalomyelitis, and St. Louis Encephalitis. The mosquito feeds on an infected bird and transmits the disease to the next victim.

Pigeons can also carry E. Coli and Salmonella. Accidental contact with pigeon droppings can cause the transmission of these diseases. 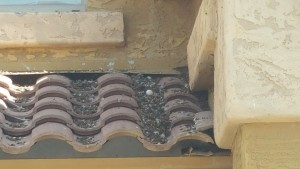 Pigeons can harbor pest and parasites like ticks, fleas, mites, and other ectoparasites. They are responsible for the transmission of several hundred viral and bacterial agents. Some of them include, plague, encephalitis, pox, and meningitis.

Pigeons and their fecal matter are also a source of allergens, which can cause respiratory ailments like pigeon 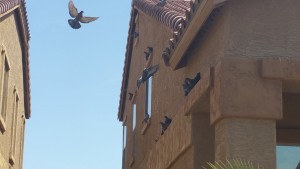